Wonky Parsnips Welcome: Why is so much food being wasted by supermarkets?

I knew before I even pressed the play button that watching “Hugh’s War on Waste” on BBC 1 would get me well and truly riled up. I was already uncomfortably aware of the fact that an horrendous amount of food is being wasted on a daily basis by supermarkets but nothing could have prepared me for the statistics that were thrown at me during the programme. It’s left me feeling so incredibly outraged and confused as to why this scale of food waste is allowed to happen.

If you walked into your local supermarket, whether that be Morrison’s, Tesco, Sainsbury’s or any of the “big seven”, and saw that the apples were looking a bit too red or the parsnips were “top-heavy”, would that stop you buying them? I’d like to hope that you would all answer no, that you would still buy fresh produce, despite its appearance. However, the reality is that we are probably more inclined to pick out the more aesthetically pleasing items first, an instinct that we likely carry forward from our own struggles to keep up with society’s impossible beauty standards.

The supermarket giants have their own set of cosmetic standards. They will only buy fruit and vegetables from their supplying farmers if the food meets a set of specific aesthetic specifications and this means that between 20% and 40% of fresh produce is rejected, with farms being forced to leave huge amounts of food, sometimes entire crops, to simply rot. How can it be possible that, in a world where one in nine people do not have enough food to live, we are knowingly disposing of fit-for-consumption produce only because it isn’t the right shape, colour or size? This tweet summed the situation up perfectly for me:

” #hughswaronwaste Do I care if a parsnip is wonky or top-heavy? Seriously? I want to eat it, not whack it in heels & chuck it on a catwalk.” @AbiFlanagan

Just under half of all British farms are losing money because of this problem. The family-run farm that Hugh focused on in the first episode of the programme supplied parsnips to Morrison’s, and in just a single week, they had to dispose of 20 tonnes of vegetables that had either not fit the rigid cosmetic standards or had been part of an order that had been cancelled last-minute. That’s just one supplier out of hundreds in the country. Another supplier sees 3,000 tonnes of carrots left to rot every year. In total, 1/3 of all food produced in the UK never gets eaten.

There’s another issue here, among the slowly decaying root vegetables. A huge amount of energy goes into the production of our food and that impacts our environment in a big way, whether the produce gets eaten or not. Tractors are used to harvest the crops; fuel-powered machinery processes it; large vehicles transport the food to the buyers. All of these emit greenhouse gases into the atmosphere and affect our climate. A study carried out by Wrap, a sustainability charity, suggests that 10% of all greenhouse gases produced by the richest countries come from the production of food that never gets eaten. 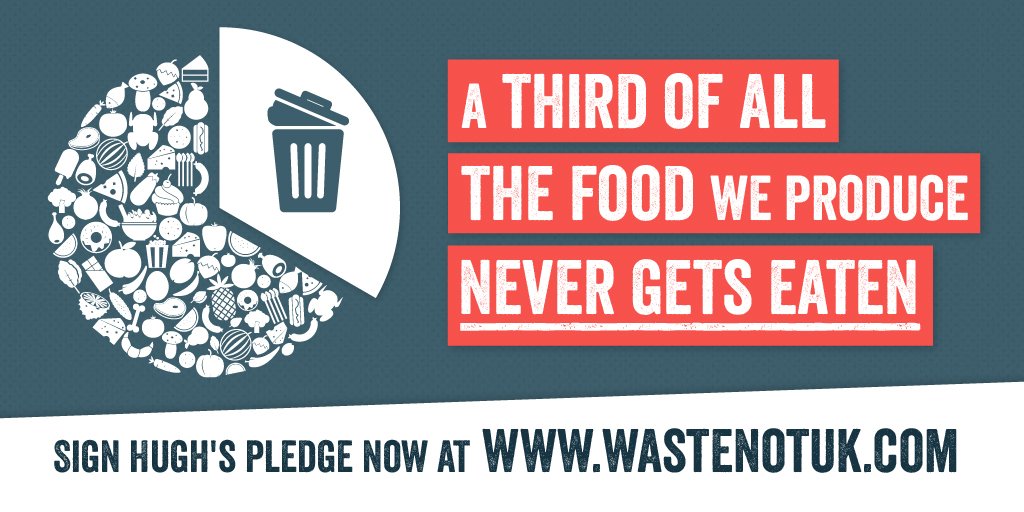 It isn’t just the big corporations that are disposing of perfectly good food, we as individuals have to take some of the responsibility. It is estimated that the average UK household throws away £700 worth of groceries each year; that’s around £58 a month. Whether that’s because some of us stick too rigidly to the use-by dates on packets and chuck perfectly good food in the bin, or because we buy too much food and forget about it, leaving it to rot in the back of the fridge, the fact is that we have become a throw-away society and it just isn’t sustainable. According to environmental organisation Feedback , the amount of bread and cereal products discarded by households in Britain would be enough to end the starvation of 30 million malnourished people. That’s a number that cannot be ignored.

The supermarkets obviously feel it is necessary to impose these cosmetic standards on their suppliers, based on how we as consumers buy food. During the documentary, it was mentioned that Morrison’s had trialed a “wonky parsnip” section but their customers still chose the more uniform vegetables. Personally, I don’t think having a separate section for the uglier food is the way forward; it should all be mixed in together. Why is it though that we feel the need to choose produce that is more pleasing to the eye? It all tastes the same. It still gets peeled, chopped and served up for Sunday dinner in the end. I think we need to make more changes on our side before the supermarkets will make any of their own. The standards definitely need to be relaxed and consumers need to be more open to buying “cosmetically challenged” food.

I have always hated the thought of unnecessary waste. Not just food but anything that cannot be reused and recycled, which will end up in landfill and never break down. There are so many people and organisations who give absolutely no thought to the kind of impact they are having on the environment and this blatant scrapping of food that is still fit for consumption and could go a long way to solving our global starvation problem, is horrifically irresponsible.