Our unstoppable desire for fish

In a new paper, researchers from the University of British Columbia led by Professor Daniel Pauly, argue that the amount of fish we have taken from the world’s oceans has been underestimated by more than 50 %.

The variation in global estimates come from the  inclusion of discarded bycatch, small-scale, commercial and subsistence fisheries, and illegal, unreported fishing to the data. Professor Daniel Pauly and Dirk Zeller used a technique called ‘catch reconstruction’ to build a picture of the unreported or missed fisheries data for global catches. Using published literature, statistics and the help of over 100 collaborators from institutes around the world, to gather data from 1950 to 2010. Data ranged from hotel invoices for locally bought fish in the Bahamas to information on local fish consumption.  The report published in Nature Communications, argues that 32 million tonnes of fish catch go unreported every year by the FAO, due to their focus on larger-scale, ‘industrial fisheries’. 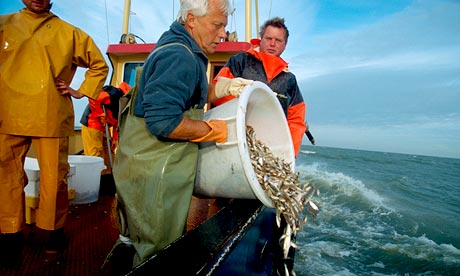 Obviously, a larger peak than previously predicted in global fishing is negative for the marine environment, but why is a larger decrease since also negative?

The authors suggest that the larger decline since the 1996 peak is not due to any real decrease in fishing efforts across the world but actually reflects the exhaustion of fish stocks from unsustainable overfishing. As one fish stock is exhausted fisherman move further offshore or into another coastal area and continue to overfish the next stock. This was demonstrated by another 2015 study, which recorded that there were over 500 Chinese fishing vessels, operating off the west coast of Africa, as well as European vessels. The huge reductions in global fish catch reflect that there is just not that many fish left in the sea anymore.

Although many scientists have praised the work, some have criticised the research saying that taking statistics from specific regions or fisheries cannot not be reliably multiplied up to reflect missed fisheries data globally.

However, even if we are unsure what the exact percentage underestimated is, nearly all scientists agree that global fisheries catch is underestimated. This raises more questions as to how we monitor fish stocks and ensure sustainable fishing globally. Two and a half billion people rely on seafood as their critical source of protein, without sustainable fisheries globally, what will happen to these people, as the fish stocks continue to decline? What will happen to the marine ecosystem, if the fish species continue to decline?