The 3rd of March is World Wildlife Day! Many organisation use this to raise awareness of the big biodiversity and conservation issues of our time. The big cats, elephants, pandas and penguins battling for top spot. In terms of Scotland, the RZSS have these covered with Edinburgh Zoo and the Highland Wildlife Park housing some of the UK’s most prominent foreign residents such as polar bears and snow leopards, no doubt now enjoying the Beast from the East! But I’m going to use this opportunity to highlight the wildlife native to Scotland.

Familiar to UK residents, but potentially new to those coming from further afield, Scotland is home to a number of Britain’s typical species from larger deer, badgers and dolphins to smaller water voles, bats and newts. Below are a few species that specifically call Scotland home and you are unlikely to find elsewhere.

White tailed eagle
The white tailed eagle, also known as the sea eagle, is the largest bird in the UK. Adult birds are distinguished by a brown body with a pale head and neck which can be almost white in older birds with white tail feathers. It can be can be found all year round sticking to the coastline or large bodies of water feeding on fish and birds.

The eagle went extinct in the UK during the early 20th century due to illegal killing. Today the bird is very rare and has previously been confined to the west coast of Scotland. However, efforts have been made to increase the population through a reintroduction programme taking place in east Scotland. While the white-tailed eagle can be found across Europe and Asia, it has been given a red status by the RSPB with only 37-44 pairs in the UK. 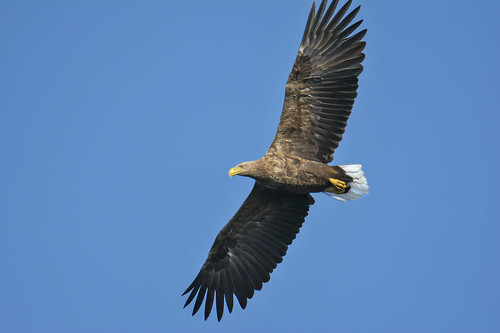 Scottish wildcat
Towards the north of Scotland, in Aberdeenshire and the highlands, remnant populations of wildcats hunt in the forests and moorlands. A little larger than a domestic cat, they are brown with seven black bands around their body with a distinct bushy tail. They are extremely shy, usually nocturnal, and therefore very hard to spot but can been seen on camera traps set by organisation such as Scottish Wildcat Action who monitor the populations. There are believe to be only about 2000 wildcats left as they compete with feral cats for food, and are sometimes killed by land managers due to predation. 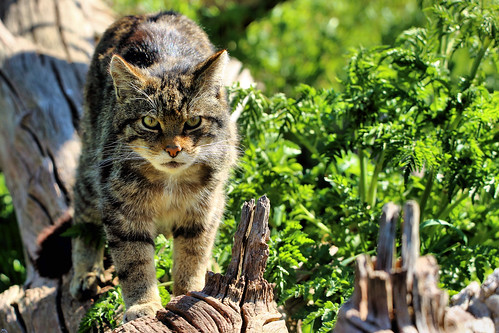 Gannets and puffins
While gannets and puffins aren’t restricted to Scotland both migrating to the coast for breading, they have always been quintessentially Scottish to me. While gannets colonise in great numbers on Scotland’s black cliffs turning them white, puffins make burrows for their young on a number of Scotland’s islands before heading back to sea. Two of Scotland’s most iconic sea birds can be found along most of the coast line, but the best place to see both for Edinburgh residents is at Bass Rock, just down the East Lothian coast. 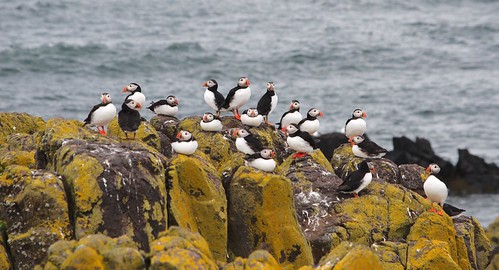 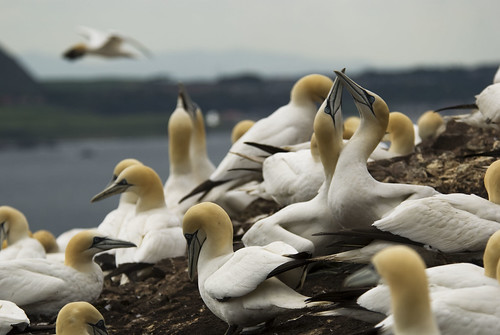 Bottlenose dolphin
While bottlenose dolphins can be found elsewhere in the world the Scottish bottlenose dolphin do not stray far from the coast and are considerably larger than those living in the warmer waters off Florida. They are resident in Scotland throughout the year and pods can be spotted along the entire coast line, but mostly in the calmer waters of spring and summer. Bottlenose dolphins share the seascape with the common and harbour dolphin so keep your eyes peeled and you could are likely to spot one of them jumping out the water. 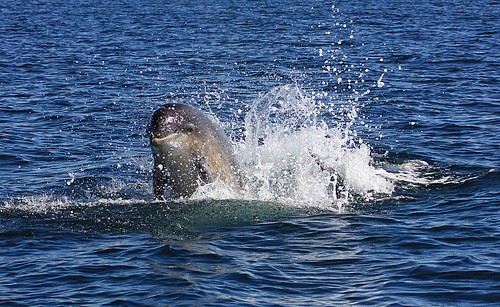 Highland Cow
Now I’m cheating a little with this one, but is a list of Scottish animals complete without arguable the most iconic animal in the country? Instantly recognisable with large horns and a long shaggy coat they are well adapted to the harsh weather that Scotland can experience. Highland cows are not only interesting in terms of the history of their domestication and the quality of beef they provide, but their herd structure lends towards reduced aggression causing a calm and friendly temperament. The way they graze, with light footing and ripping grass with their tongues rather than teeth, mean they are also excellent for conservation grazing, tramping scrub and encouraging the growth and spread of wild flowers. 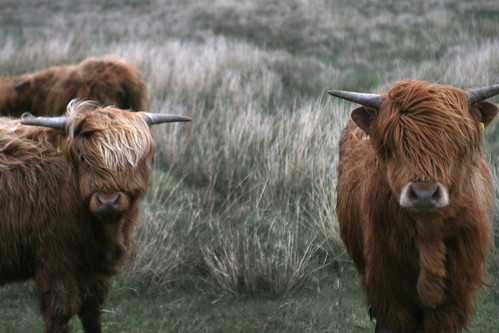