Hello, and welcome to the first of hopefully many UK Species Spotlights.

I’m Mo Hassan, author of the weblog The Disillusioned Taxonomist. I am a Masters student at the University of Southampton studying Vertebrate Palaeontology, and have a B.Sc. from Anglia Ruskin University, Cambridge, in Natural History and Wildlife Biology. I have been working for three years at WWT London Wetland Centre in Barnes as a learning assistant, and will soon be taking up a voluntary post at Amwell Nature Reserve in Hertfordshire. I am a keen wildlife illustrator and photographer, building up a portfolio of the world’s species as seen in the wild, captivity, and in museums.

I have decided to focus on the common or Eurasian crane (Grus grus) in this first UK Species Spotlight. 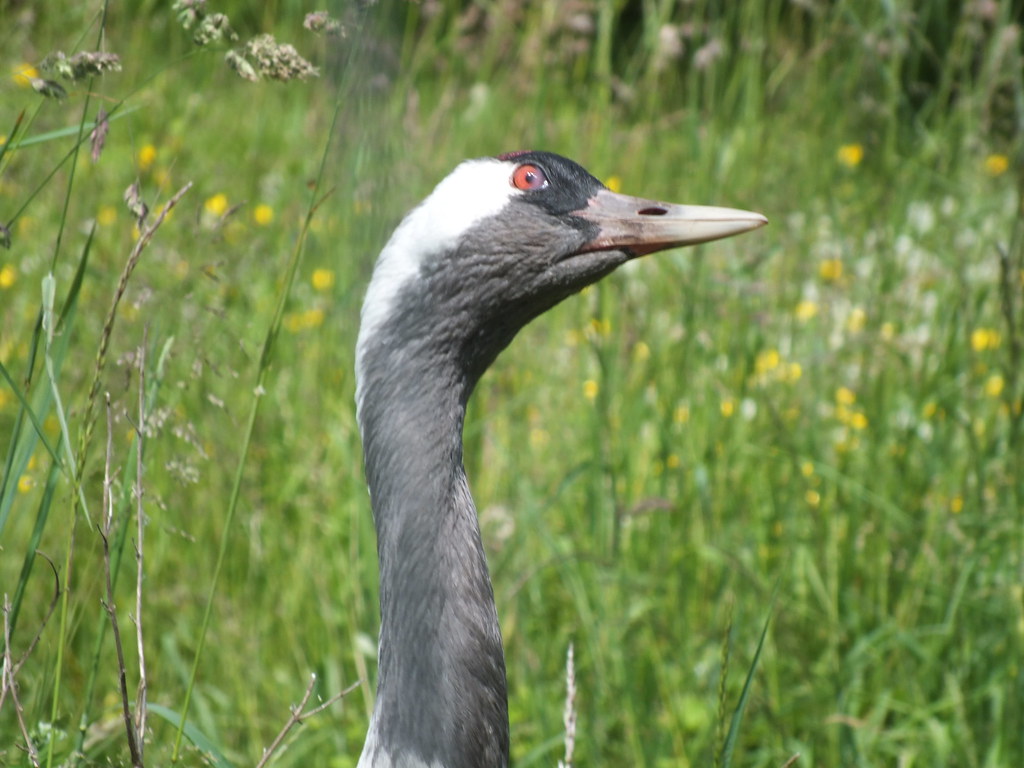 Formerly widespread in British wetlands, the nominate race of the common crane (G. g. grus) became extinct as a breeding bird in the seventeenth century, due to hunting. It is now present in small numbers in Norfolk, and has been reintroduced to the Somerset Levels. Under the banner of The Great Crane Project, the Wildfowl and Wetland Trust (WWT) and the RSPB are breeding cranes at a Crane School, based at WWT Slimbridge in Gloucestershire. At the Crane School, young cranes are fed and “taught” how to feed by humans masquerading as cranes, using a litter picker dressed as a crane. This prevents the young birds from imprinting on humans and becoming too tame to be considered truly wild. 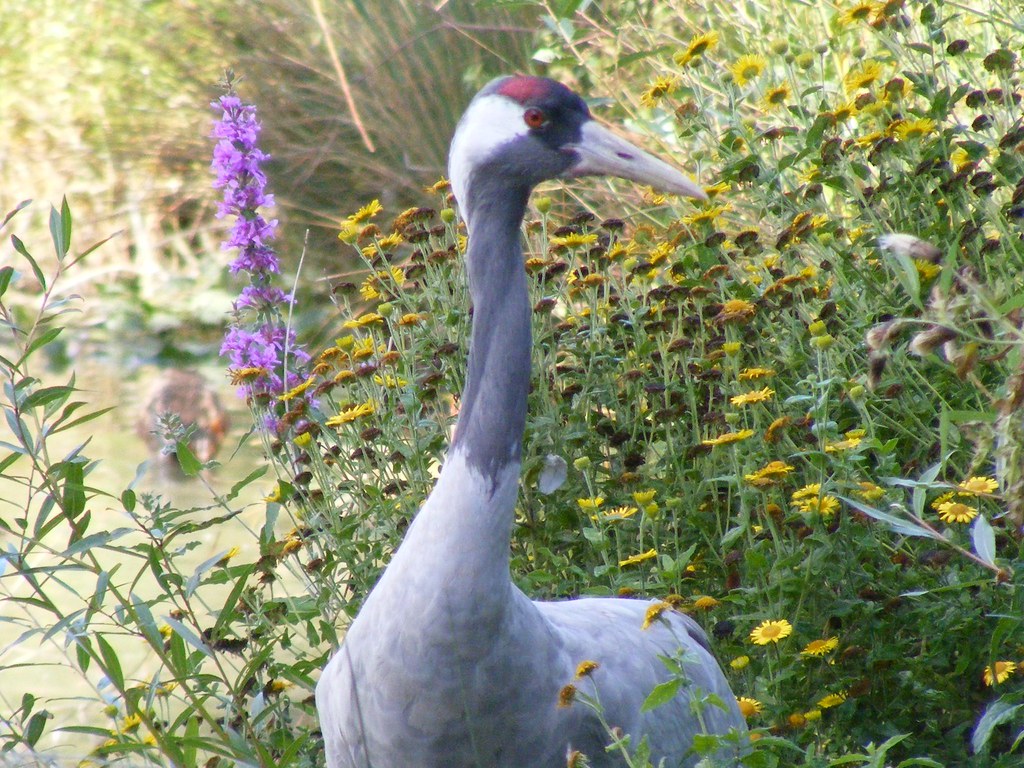 Globally however, the common crane is, well, common. The world population, spread across Eurasia, is estimated at around half a million. 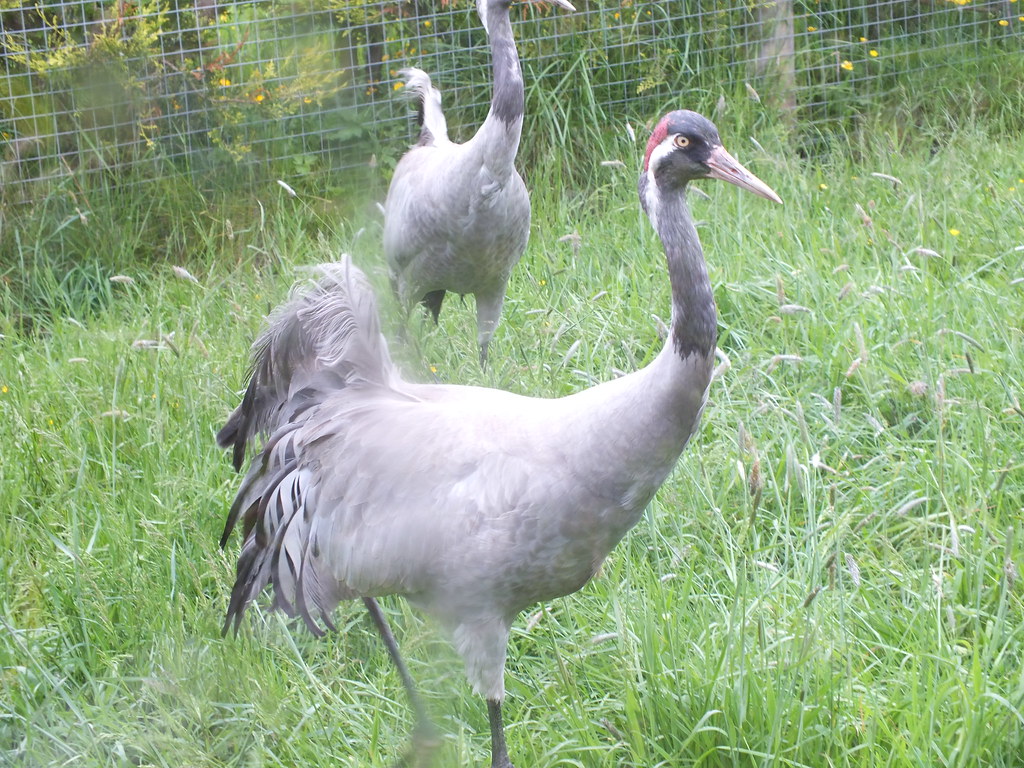 Common cranes are sombre-coloured, mostly grey, with black, white, and red markings on the head. The most beautiful part of the plumage, in my opinion, is the tail coverts, which droop elegantly to the rear of the bird’s body. 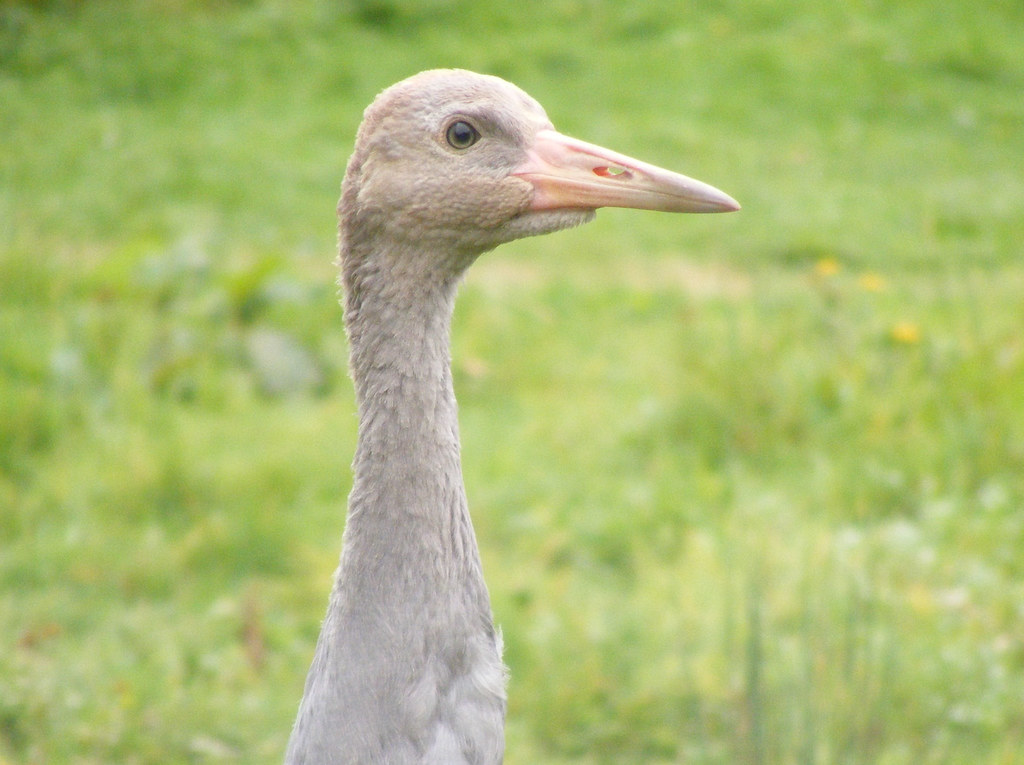 Cranes are omnivorous, eating whatever small food matter comes their way. They are said to be fond of cranberries, which could indeed be named after cranes.