Marine Conservation Zones. Why 2017 is the year to show your support

In 2009 the Marine and Coastal Access Act was announced by the Government, promising a network of marine protected areas creating a ‘blue belt’ around the UK of thriving marine environments. The Marine and Coastal Access Act would create new Marine Conservation Zones (MCZs) and Marine Protected Areas (MPAs) (in Scotland) to work alongside the current Special Areas of Conservation (SACs), Special Protected Areas (SPAs) and Site of Special Scientific Interest (SSSI) which are all designated through European legislation.

Research by The Wildlife Trusts, the Joint Nature Conservation Committee (JNCC) and other conservation, scientific bodies and stakeholders drew up a list of 127 suggested sites, which were given to the government for consideration. In England and Northern Ireland two tranches of MCZ’s have been designated already. In 2013, 27 MCZs were designated followed by a further 23 in early 2016. In 2018, a third and final tranche of MCZs will be designated, which will be consulted on (by stakeholders including ourselves, the general public) during 2017.

The Wildlife Trust’s have written a report identifying the MCZ’s they think are required to create the promised ‘blue belt’. This report includes the proposed MCZs in Welsh waters which are currently on hold, as it is thought the Welsh government will take control of the decision making soon (as the Scottish government designates Scottish MPAs). However these sites risk falling through a political gap and being forgotten about.

First things first, why should we care about MCZs and MPAs and about protecting our marine environment. The marine environment historical has been treated as a mysterious, magical thing which can continuously provide what we want without ever being sustainable managed or looked after. Here are three big reasons we should continue to protect and improve our marine protection locally and around the world:

The idea behind the coherent, network of marine protected areas around the UK is based on research by Oslo-Paris commission (OSPAR Commission). OSPAR is a group of 15 governments (inlcuding the UK) aiming to sustainable manage the North East Atlantic. The OSPAR commission bases the identification of a network of five key principles:

The MCZs have been split into areas; northern North Sea, southern North Sea, Eastern Channel, Western Channel and approaches, and the Irish Sea. The map below, from the The Wildlife Trust’s report, shows the currently designated MCZs and the 48 proposed to connect the network next year.

Light blue are MCZs designated in the first tranche (2013), orange in the second tranche (2016), yellow are on the on hold Welsh MCZs and pink are the MCZs identified by The Wildlife Trust for the third tranche in 2018. This map does not include the MPAs designated by the Scottish government.

The proposed MCZs cover habitats from intertidal sands and gravels to deep-offshore mud, seagrass bed to rocky outcrops and biogenic reefs created by a type of marine worm (Sabellaria species).

The northern North Sea area runs from the north-east coastline of Scotland to Flamborough. Three sites are proposed for the northern North Sea. These are Compass Rose, Castle Ground and Durham Heritage Coast. These sites range from subtidal sands and gravels which are important spawning and nursery ground for many commercial fish including plaice and herring, to intertidal coarse material which provide a home for sponges, crabs, starfish, brittle stars and molluscs. 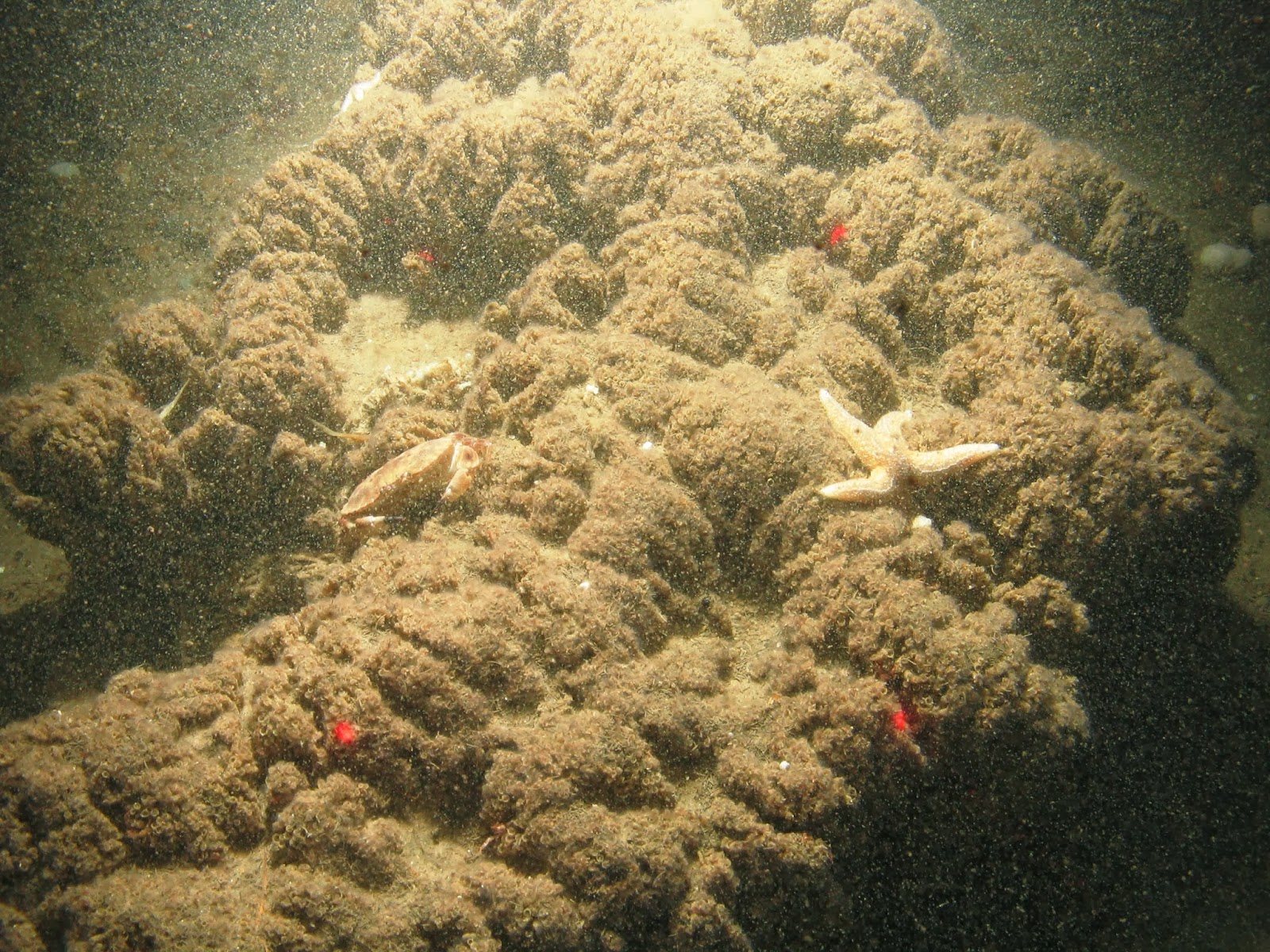 The eastern channel runs from the mid-Kent coast around to the Dart Estuary. Eighteen sites are proposed. These are Axe Estuary, Beachy Head Estuary, Bembridge, Broadbench to Kimmeridge Bay, Dart Estuary, East Meridian, Fareham Creek, Goodwin Sands, Hythe Bay, Inner Bank, Lyme Bay Deep, Norris to Ryde, Offshore Foreland, Otter Estuary, Silsey Bill and the Hounds, South of Portland, Studland Bay and Yarmouth to Cowes. Many of the sites proposed for the Eastern Channel are areas known for their seagrass beds. Seagrass beds are vital nusrerys and spawning ground for many fish species, as well as home for the two types of native seahorse in the UK. Goodwin Sands also incorporates Sabellaria reefs and blue mussel beds. Lyme Bay is also an area thought to be vitally important for the White Beaked Dolphin. 50 – 75 % of the global population of this dolphin is found in European waters and Lyme Bay is believed to be an important feeding and possibly calving ground for a number of individuals. The Western Channel and Approaches

The western channel and approaches runs from southwest coast of south Dartmouth, around the Cornish coast and north coast of southwest UK until St. David’s on the Welsh coast. Twelve sites are designated within the western channel and approaches. These are Camel Estuary, Cape Bank, Devon Avon Estuary, East of Jones Bank, Erme Estuary, Morte Platform, Northeast of Haig Fras, Northwest of Lundy, Southeast Falmouth, South of the Isle of Scilly, Southwest Deeps (East) and Taw Torridge Estuary. The Southwest Deeps (East) is a rare site in English coastal waters, which are much more shallow usually. Southwest Deeps (East) includes some of the largest and deepest sandbanks in the UK, as well as an area of seasonal, nutritionally-rich fronts which are important feeding grounds for cetaceans, fish and seabirds.

The Irish Sea includes waters off England, Wales, Northern Ireland and Scotland. Three sites are proposed. These are Slieve Na Griddle, Mud Hole and South Rigg. These sites represent deepwater mud habitats which are home to seapens, urchins, prawns, shrimps and crabs. The threatened ocean quahog can also be found at South Rigg. These slow-growing bivalves can be over a hundred years old, and are therefore vulnerable to overfishing. These three MCZs have been proposed in an earlier tranche but due to worries about the economic impact on the prawn fishery have been put on hold. The wildlife Trust do not believe the prawn fishery in its current form is not sustainable and are working with the fisherman and government to broker a sustainable and protect future for this area.

All these fantastic potential MCZs need your support and involvement to ensure that they are carried through by the government to next years final MCZ designation. You can sign up to support and follow your local MCZs and UK wide at wildlifetrusts.org/MCZfriends. The Wildlife Trusts will email you with updates, information and how to get involved in the consultations in a constructive and hopefully successful way!